Abstract Under the transient excitation, the one-dimensional rod elastic wave theory is no longer satisfied, and the pile above the defect behaves as a rigid body damping vibration. Based on Newton's second law, its vibration under transient excitation is established The model, combined with engineering practice, analyzes the characteristics of the low-strain measured curve of the foundation pile when there are serious defects in the shallow part.

THE TEST THEORY AND PRACTICE OF THE SEVERE FAULTS

IN THE UPPER PARTS OF THE PILE

Abstract The mathematical model of the vibration about the upper severe faults in a pile is put forward based on theoretical analysis, and the curve characters of low strain test is described according to its engineering practice.

With the development of China's construction industry, pile foundation has become an important form of foundation, in high-rise buildings, heavy workshops, bridges, ports, docks, offshore oil production platforms, nuclear power plant projects, and earthquake areas, soft soil areas, collapsible loess The ground treatment of areas, expansive soil areas and frozen ground areas has been widely used. In addition to the complexity of the pile foundation project due to the influence of related factors such as geotechnical engineering conditions, foundation and structural design, pile-soil system interaction, construction, professional technical level and experience, pile construction is also highly concealed. It is difficult to find quality problems, and it is even more difficult to deal with accidents. Therefore, pile foundation inspection work is an indispensable link in the entire pile foundation project. Only by improving the quality of pile foundation inspection work and the reliability of the test evaluation results can the quality and safety of pile foundation engineering be truly ensured [1 ~ 5].

If there are serious defects in the pile body of the foundation pile, it will cause hidden dangers to the building foundation. When the defect is located in the shallow part of the pile, it will affect the downward transmission of the upper load, and at the same time, stress concentration will occur at the defect location, and the damage will be more serious. For serious. However, in the practice of low strain dynamic testing of foundation piles, it is difficult to accurately analyze the measured curves with serious defects in the shallow part of the pile using the existing one-dimensional rod elastic wave reflection theory. In this paper, when the foundation pile has serious defects in the shallow part, the rigid body damping vibration model satisfied by the upper part of the pile body is combined, and the characteristics of the low strain measured curve are summarized based on the actual engineering experience.

During the propagation of a vertically incident stress wave in a pile, when there is a wave impedance difference interface within the pile, the wave will generate a reflected wave and a transmitted wave. The reflected wave will propagate back to the pile top along the pile body, while the transmitted wave continues to Spread down. The defects of the pile body and the bottom of the pile can be based on the phase, amplitude, and frequency characteristics of the reflected wave, supplemented by strata data, construction records, and practical analysis experience to make an accurate judgment on its nature [7,8].

However, when there are serious defects in the shallow part of the foundation pile (such as fracture, severe diameter reduction, severe segregation, etc.), the vibration caused by the excitation is concentrated in the pile body above the defect, and the main movement form of the pile above the defect should be rigid body damping Vibration without satisfying the one-dimensional rod elastic wave theory. This is because, in actual engineering, the upper part of the pile is usually equipped with a reinforcement cage, and the elasticity of the reinforcement is much greater than that of concrete, and the friction resistance of the soil layer around the shallow pile is usually very small. Therefore, in the case where the foundation pile has serious shallow defects, when an external force is suddenly applied to the top of the pile, the pile above the defect can be regarded as a rigid body, and the reinforced cage exposed at the defect is equivalent to the spring support, and the soil around the shallow pile The resistance can be regarded as an additional damper, which constitutes a simplified vibration system. The physical model is as shown in the figure. The coordinate axis x is consistent with the axis of the pile axis, and the orientation is positive. The origin of the coordinate coincides with the center of the rigid body segment (denoted by M, and its mass is also set to M).

When an external force is suddenly applied At M, the forces received by M are: external excitation force ã€ Spring elastic support force And the viscous resistance of the damper , Where the elastic force

In the formula, Î² is called the viscous damping coefficient of the soil on the side of the pile, and its unit is s-1, and Ï‰ is called the natural vibration frequency of the rigid body section.

When there are serious defects in the shallow part of the foundation pile, the resistance of the soil on the side of the shallow pile is small, and only the case of small damping (ie, Î² <Ï‰) is considered.

The general solution of (6) is:

This is called the damped natural frequency. Among them A1 and A2 are undetermined coefficients.

Since speed or acceleration sensors are often used in actual engineering testing, the speed function of vibration is required And acceleration function .

According to the three formulas (10), (11), and (12), the vibration characteristics can be obtained: the amplitude changes with time t decays exponentially, and the attenuation depends on the damping coefficient Î², that is, the viscosity with the soil on the side of the pile The damping coefficient Î· is related to the mass M of the rigid body. The larger Î· and the smaller M, the faster the amplitude of the vibration response decays, and vice versa.

Figure (2) is the measured curve of a prefabricated square pile, 400 Ã— 400mm2, pile length 9.0m, pile body concrete strength grade C30. The hammer is excited during the test. According to the rule of the measured curve, except for the initial wave, only the reflected wave (9.0m) generated at the bottom of the pile exists.

Figures (3) to (6) are the measured curves of engineering piles and model piles with serious defects in the shallow part.

Figure 3 shows a bored pile (grouting behind the pile bottom), with a pile diameter of 600 mm, a pile length of 21.7 m, a pile body concrete strength grade of C25, and a small hammer to excite the vibration. The basic form of the curve is a long-period sinusoidal oscillation curve. The initial motion wave is superimposed with a multiple reflection wave of a 1.2m fracture defect, and there is no reflection information at the bottom of the pile. The excavation results show that the pile is seriously muddled at 1.2m, forming a broken pile.

Figure 4 shows a bored pile with a pile diameter of 600mm, a pile length of 16.0m, and a concrete strength grade of C20. The small hammer excites. The basic form of the curve is a sinusoidal oscillation curve, and there is no reflection information at the bottom of the pile. The excavation results show that the pile has an oblique fracture surface from 0.5m to 0.8m.

Figures 5 and 6 are prefabricated model square piles, 450 Ã— 450mm2, pile length 6.0m, pile body concrete strength grade C20, 1.0m set a fracture surface. Fig. 5 shows 1kg hammer excitation, and Fig. 6 shows 8-pound hammer excitation. The basic form of this curve is a long-period sinusoidal oscillation curve. The excitation of the small hammer is the superposition of the cross-section reflected wave and the forced vibration of the mass-elastic system The mass-elastic system resonance excited by the hammer is of the type (6), which shows that the effect of the small hammer to stimulate the defects in the shallow part is much better than that of the big hammer.

According to the actual measurement of a large number of engineering piles and the results of excavation verification, the measured curve when the foundation pile has serious defects in shallow parts not only meets the basic characteristics of (7), but also relates to the weight of the hammer, the material of the hammer head, the impact time, The age of the foundation pile and the installation of the sensors are related. The characteristics are as follows:

1. The basic form of the curve is a long-period sinusoidal oscillation curve, which decays exponentially overall.

2. After striking, the amplitude of the first wave recorded first is obviously larger than that of the normal pile, and even the phenomenon of "sag amplitude" appears.

When there are serious defects in the shallow part of the foundation pile and the pile top is subjected to instantaneous excitation, the main motion form is the rigid body damping vibration of the pile body above the defect, rather than one-dimensional fluctuations. Despite the existence of the "blind zone" phenomenon, according to the above theory and practice, it is still possible to judge when there are serious defects in the "blind zone" of the pile body. The analysis of the fluctuation characteristics of the shallow defects of the pile foundation also depends on the engineering practice experience, and its theory needs to be further Explore.

Wash your hand and it dry. when the dough is ready,you can use Cookie Cutter to cut biscuits out,you can make any pattern you want easily by using cookie cutter ,then you can put them on tray and into oven. 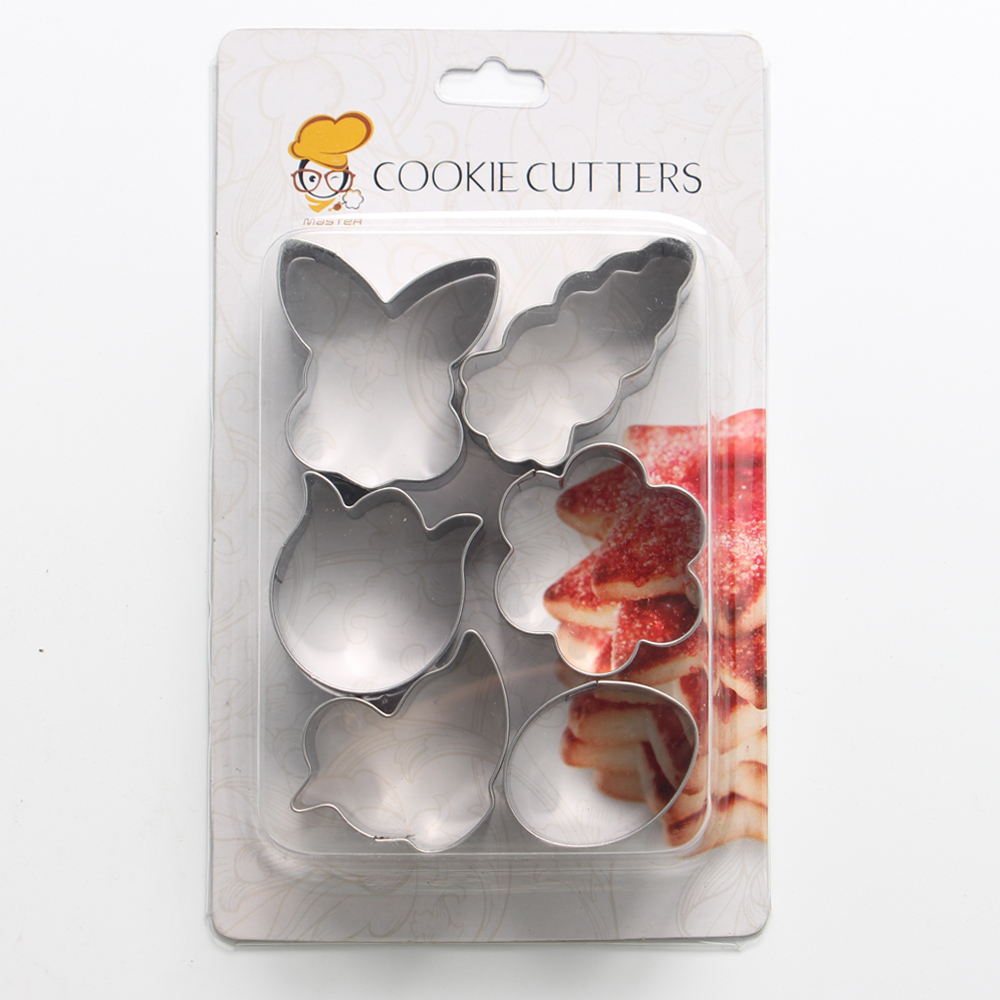 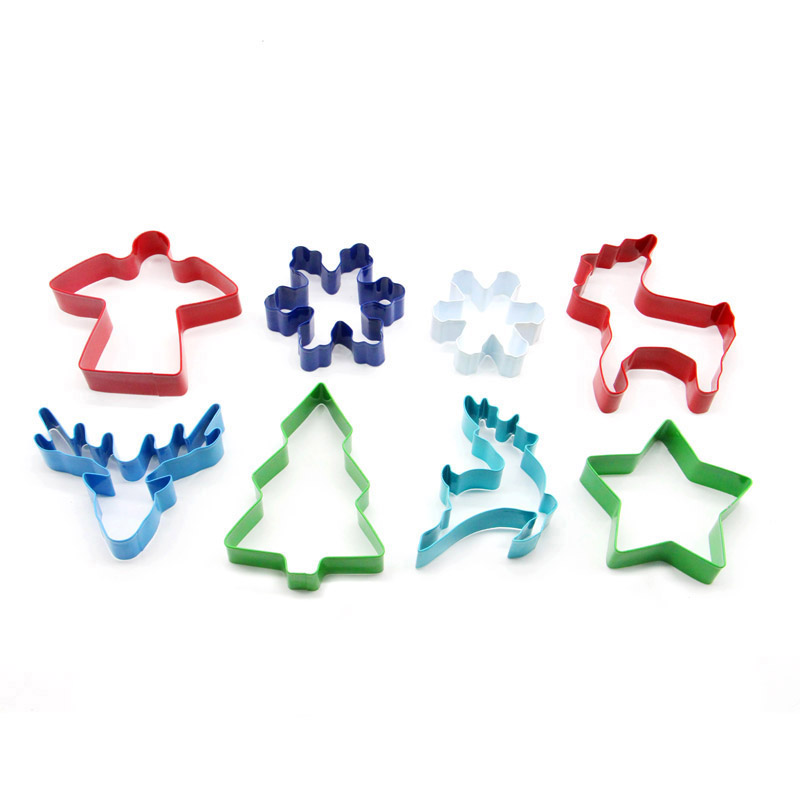 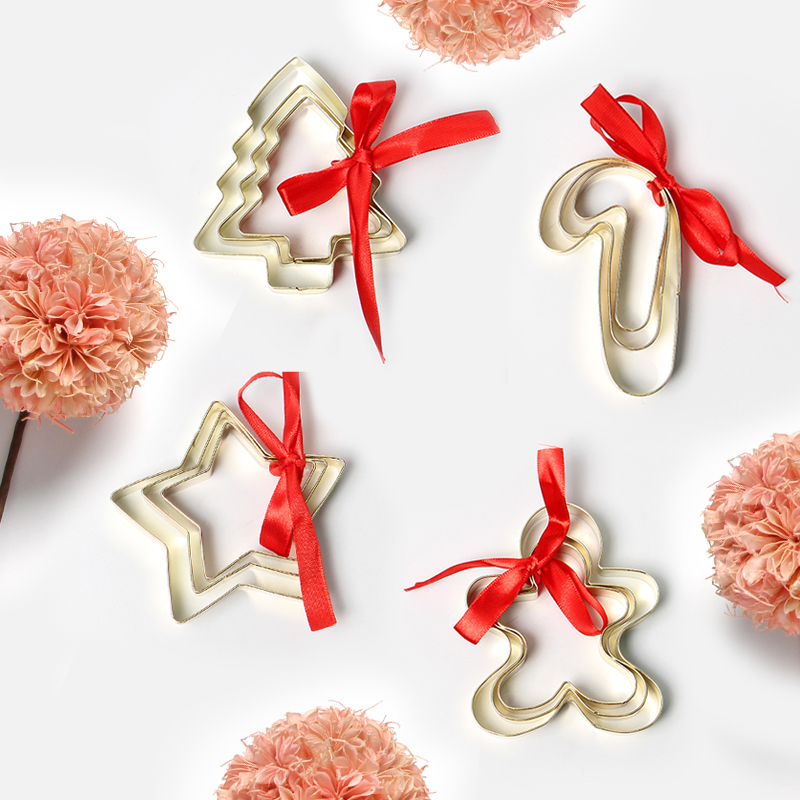